Author of The Collingwood Series

A beautiful historical fiction coming-of-age journey, that explores the depth of human emotions and drives home the bitter realities of racism in mid-20th Century Canada. It takes readers on an epic journey into the historical past of two nations divided by culture and continents. 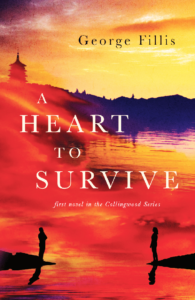 A Heart to Survive

“Even in the worst circumstances, if you believe
in yourself, you will find the heart to survive.”

A gripping tale of hardships, resilience, and passion;
A Heart To Survive’ not only explores the depth of
human emotions but drives home the bitter realities
of racism in 1950s Canada. 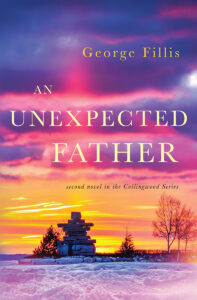 A hymn to the power of love, friendship, perseverance,
and doing things right…

In An Unexpected Father, the second novel in the Collingwood Series continues the extraordinary story of the young boy who was forced to leave his home country of China for Canada to escape the terrors of Mao’s regime. 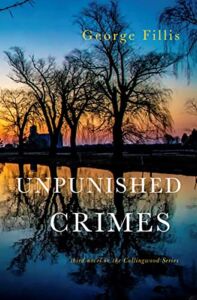 Unpunished Crimes, the third novel in the Collingwood Series, finds Winson’s wife, Caitlin, pregnant and missing. How will Winson find her and cope with hostile circumstances?

“The Collingwood Series is Canadian historical fiction as its best.” – Midwest Book Review

Editorial Review of the Series

The Collingwood Series is Canadian historical fiction at its best, reviewing events that took place in 1950s and 1960s Canada, an era when racism was often unacknowledged.

The main character in the opening book, A Heart to Survive, is fourteen-year-old Tao Wen Shun, whose family has been forced to flee China and Chairman Mao’s repressive regime. As he observes from the start, “Events that started at home pursued me across the oceans.” In this case, repression and prejudice tests the bonds of family and adaptation alike.

Wen Shun resists the idea that he is to go first, separating from those he loves, whom he might never see again: “I’d rather be together in bondage than free in another country.”

He no longer feels secure in a predictable vision of his future, or has the foundation of stability in the world. This influences both his journey and his ability to rebuild a life on new soil.

The voyage to Canada introduces him to new support systems that seem to fracture almost as he sets foot in BC, although it has given him a newfound maturity about the prospects of his future: “Now was the time to be optimistic, focus on being with a new family, and learn a new culture. My experiences on the ship had toughened me. I knew I had to be strong and determined.”

As he experiences and learns about the roots of racism in his new home, which extend beyond anti-Chinese circles and even into those who appear to be white, but have their roots in other cultures and worlds, Wen Shun (who has renamed himself Winson) receives a history that opens his eyes to the pervasive attitudes that dominate not just China or Canada, but the world: “…it isn’t only your race that’s a target for persecution. Many believe evolution allowed for a creative mistake by which certain races survived. No one is born hating.”

George Fillis does an excellent job of blending a young immigrant’s experiences and struggles with the coming of age of a young man just beginning to identify his ambitions and prospects in life.

Particularly notable is the concurrent evolution of love, heartbreak, and relationships challenged on all sides as Winson falls into a dangerous situation that truly tests not just his heart, but his life: “We fell in love, but this society told us it was wrong.”

Elements of suspense, romance, action, and the evolution of self-determination against all odds weave into real Canadian social and political history to provide a story that is riveting and educational on many levels, offering perfect material for book club or classroom discussion.

As moral and ethical conundrums arise, Winson begins to see the kinds of choices and their consequences as elements that could challenge and ultimately change not only his world, but society as a whole.

The fact that Winson is based on an actual person and Collingwood, Ontario is a real place adds to the authentic voice of this series.

Note: The Collingwood Series should be read in chronological order; not as individual stand-alone titles. Without the background of events in A Heart to Survive, the special challenges that test Winson’s morals, ethics, and goals would hold less impact. Together, the books support one another, expanding discussions of many of the social issues covered in this Canadian historical romance. From its initial roots in 1949 China’s bloody revolution and its aftermath to reverberations of change which echo across the world to Canada, the Collingwood Series brings to life not just a singular struggle, but the psyche and temperament of a nation and the individual choices of various characters who act and react to events under the Canadian flag.

© Copyright 2020 | Design by xgcreative for GeorgeFillisNovels.com | All Rights Reserved | Powered by WordPress